ROR1 is a transmembrane protein. The extracellular portion contains immunoglobulin-like sequences, a cysteine-rich domain homologous to Frizzled receptors for various Wnt ligands, and a kringle domain. The cytoplasmic portion contains a tyrosine kinase-like domain followed by serine/threonine- and proline-rich motifs.

ROR1 is physiologically expressed during early embryogenesis and plays a critical role in neural, skeletal, and vascular organogenesis. During fetal development, the expression of ROR1 decreases. Normal adult tissues lack surface expression of ROR1 except for rare B lymphocyte precursors known as hematogones.

Consistent with its role in influencing the fate of stem cells during early embryogenesis, ROR1 expression is observed on invasive malignancies that revert to an embryonic transcriptional program. High levels of ROR1 expression have been found in multiple cancers, including both hematological malignancies and solid tumors.

Antibody-drug conjugates (ADCs) are designed to deliver cytotoxins specifically to the site of tumors while leaving normal, healthy tissue unscathed. This therapeutic approach has the potential to maximize anti-cancer activity while minimizing the risk of side effects.

ADCs target tumor cells with a monoclonal antibody directed against a tumor antigen (a tumor-specific antigen, in the case of ROR1) to deliver a cytotoxin (also referred to as a payload). A linker attaches the payload to the antibody while the ADC is in circulation. After the antibody has bound to its target and the ADC has been internalized into the cancer cell, the linker is cleaved and the cytoxin is released and destroys the cancer cell. Effects on adjacent cancer cells (“bystander killing”) can also be observed, potentially enhancing activity in diseases without universal expression of the target. 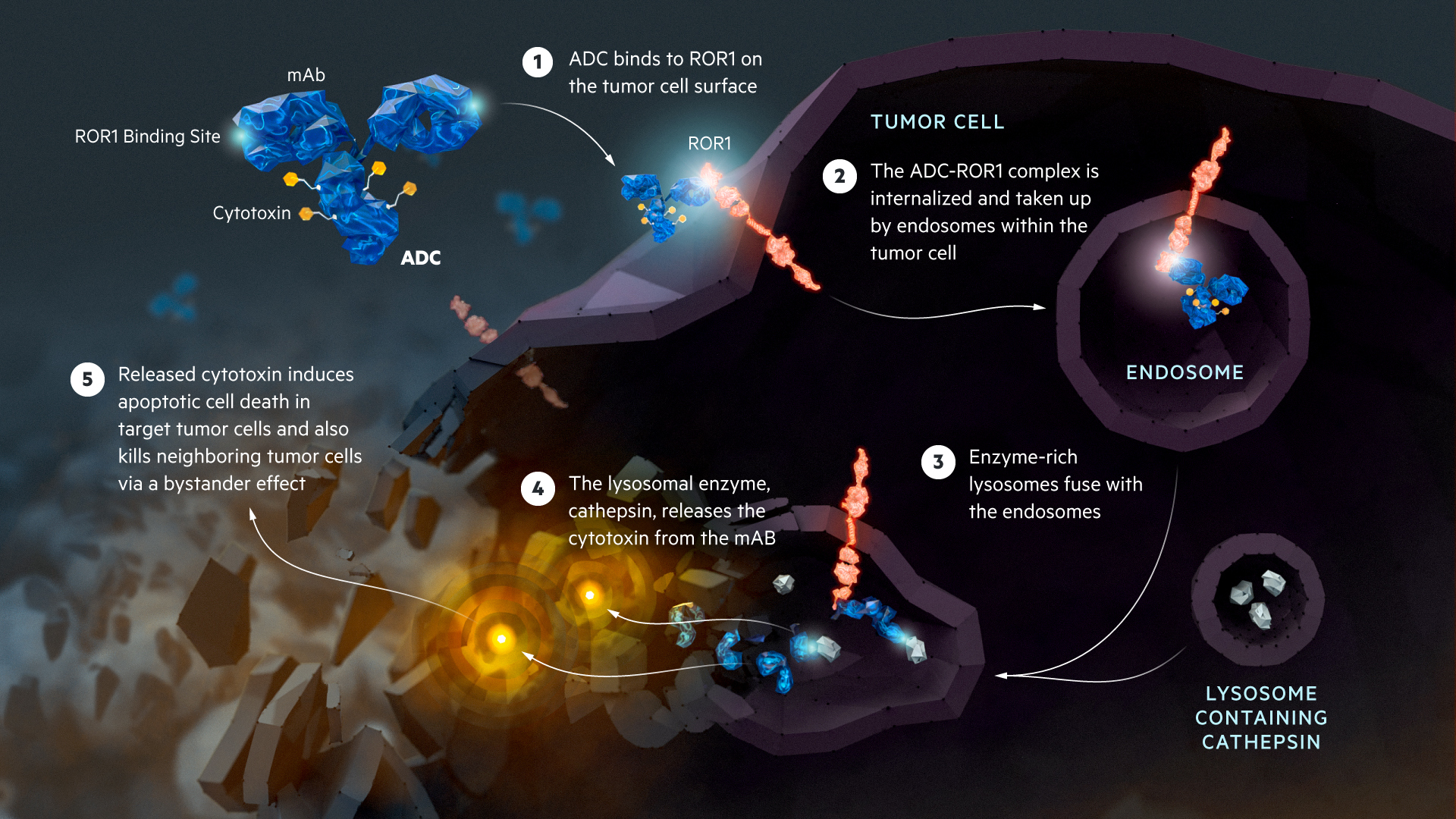 A bispecific antibody (BiAb) is a form of cancer immunotherapy that mobilizes existing immune defense mechanisms to specifically kill cancer cells. BiAbs work in a manner similar to chimeric antigen receptor (CAR)-T-cell therapy but can be manufactured and distributed as “off-the-shelf” products and do not require harvesting and processing of each patient’s own immune cells. 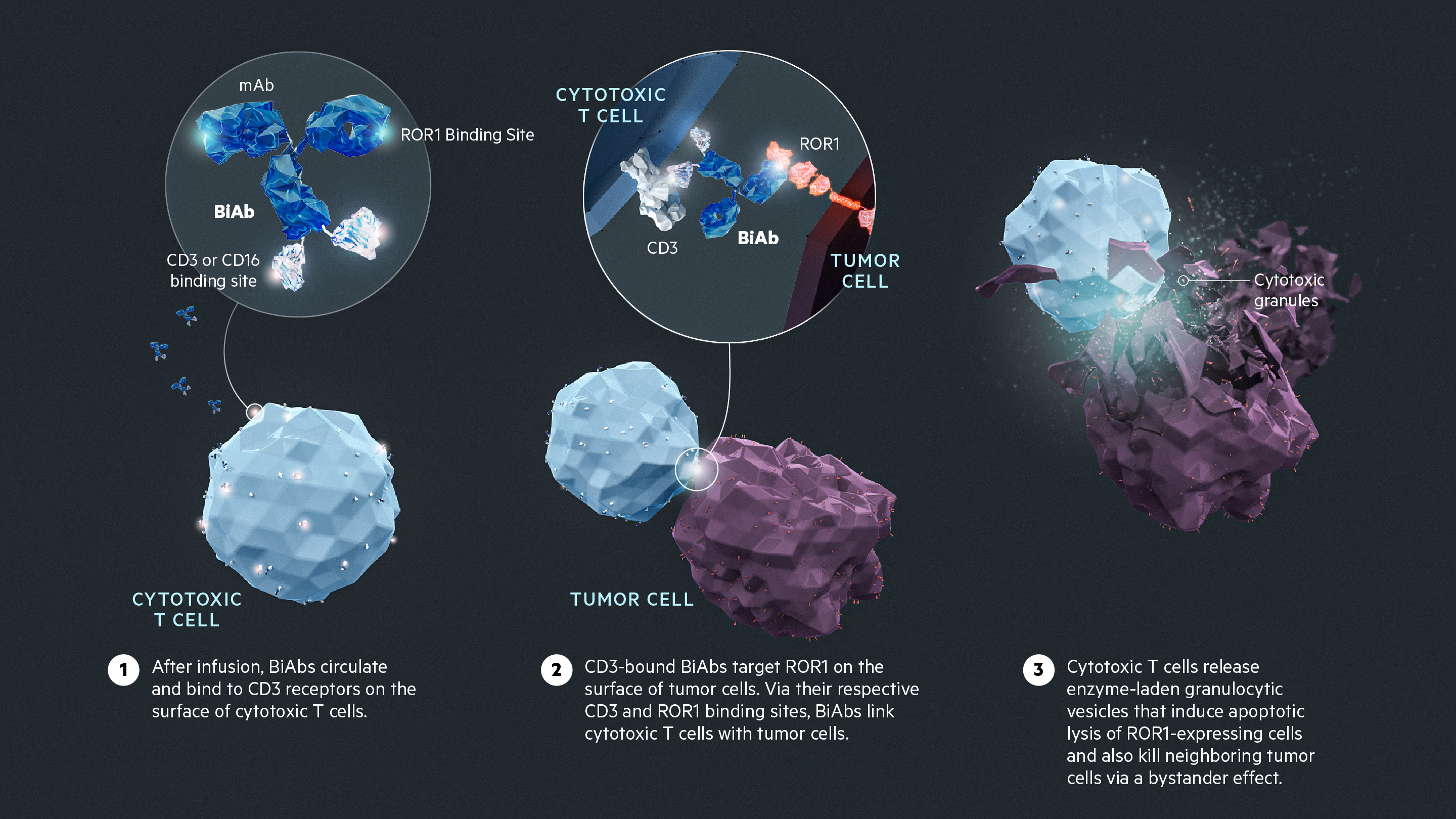